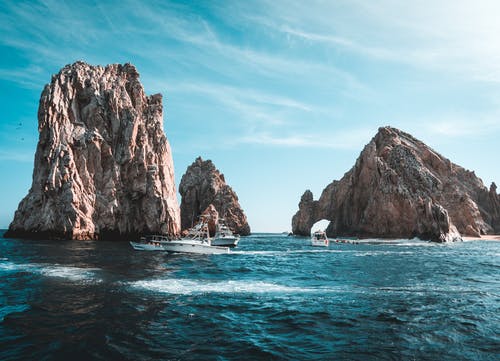 The Best Time To Visit Mexico

When most dream about their next Mexico vacation, they think about laying in the sun with a book in their hand. This may or may not be possible, depending on when you visit. To the surprise of many, the weather and seasons in Mexico are more varied than the movies lead you to believe.

Mexico Vacation – The Mexico Beaches VS Cities of Mexico

On the beach and away from areas of high elevation, it will almost never become cold enough to snow in Mexico. In fact, even during the coldest months of January and February, it is often still warm enough for a dip in the ocean. However, there are other things to keep in mind. There are the threats of tropical storms, rainy seasons, and large crowds which can quickly ruin your ideal vacation.

Lucky for Mexico vacation travelers, there is something to do in Mexico any time of the year. It all depends on what is most important for your trip. Read below to discover the best times of year to visit both the sunny beaches and the bustling cities of Mexico.

It is difficult to think of anything more idyllic than the tranquil white-sand beaches of Cancun. This coastal resort town is located on the east coast of Mexico and is one of its most popular destinations.

The balmy beaches on the east coast of Mexico gaze out on turquoise blue waters. However, it is important to remember that its waters are not always peaceful.

Hurricane season can quickly ruin a vacation. The biggest risks of tropical storms are between late-July and October. Historically, September has the highest numbers. This means that May to June is usually the calmest time of the year on the beach. Hurricanes can decimate coastal towns or simply cause torrential downpours. However, some visitors take the chance since the weather is sunny and the crowds are minimal during this time.

Anytime between May through November is a great time for a visit to the beaches of Mexico. Keep in mind that in late autumn, the nights start to get very cool. The weather in May tops out around 79°F (26°C) while the summer months often reach 90°F (32°C). In October and November, the temperatures fluctuate in the 80’s°F (26°C – 31°C). The water temperatures of the ocean start to drop near the end of October before dipping to their chilliest point during December and January.

Puerto Vallarta is a resort on a beach in Jalisco State on the Pacific Coast of Mexico. You won’t be disappointed with the warm, sunny weather all year round, stunning sandy beaches, and glistening Pacific. The beach has a lot of fun activities that will make you love the place.

If you head to the west coast of Mexico instead, hurricanes are less likely but not unheard of. The Baja California Peninsula juts out from mainland Mexico and is full of pristine beaches, marine wildlife, mouthwatering cuisine, and rich culture.

Los Cabos sits at the very edge of the peninsula and has excellent weather all year long. The best times to visit are May to early July, as well as October and November. The summer storms start to hit in late July but some lucky visitors miss them.

Do you prefer to spend all day and all night partying? If so, then spring break lasts from March to April. College students from all over North America flock to the beaches of Mexico. It’s easy to see why since the weather is sunny and rain is minimal. Unfortunately, anyone looking for peace and quiet will be out of luck. The beaches become overwhelmed with drinkers while loud music and rowdy behavior abound. Hotels and flights will be fully booked and expensive during this time as well.

Christmas and the New Year are also subject to large crowds and higher hotel, flight, and excursion prices. Many families seeking warmer weather come this time of year, so the atmosphere will be festive. Book early if spending your holidays in sunny Mexico is your dream.

Forget any of the stale stereotypes that you have learned about Mexico from old films. Mexico City is the largest and most populated city in all of North America. Incredibly modern, full of museums, an eclectic mix of architecture, and amazing restaurants, this vibrant city is truly unforgettable.

There isn’t a truly bad time to visit Mexico City, it just depends on what you are interested in. The city has temperate weather year-long with mild winters so you will never freeze.

Spring, from March to May, is the best season weather-wise. It is the warmest time of year and it seldom rains. The beautiful purple flowers of the jacaranda trees bloom and perfume the city.

This stunning explosion of violet contrasts with the clear blue skies, bringing visitors from around the world. Easter celebrations liven up the streets and there is always a party happening somewhere.

The rainy season is from June to September. However, the rain usually falls in bursts during the evenings, leaving you with plenty of nice days to spend in the park. Spend any rainy days in one of the city’s 150 museums or nestled inside a warm restaurant. Flights are usually at their cheapest during the rainy season as well.

The first two days of November host the annual Day of the Dead festivities. The street fills up with parades, locals in traditional costumes, extravagant shrines, and lively neighborhood celebrations. This is when Mexico City is at its loudest and busiest. If you want to take part in the holiday, book your flights and hotels well in advance.

Winters in Mexico are dry and aren’t very cold during the daytime. The city lights up for the holidays, with ice skating rinks, Christmas trees, and nativity scenes. The coldest month is December with the average temperature remains around 54°F (13°C). There is a downside to winter in the city, Mexico City fills up with dangerous levels of smog during these dry months.

Just a 25-mile drive from Mexico city is Teotihuacan. This ancient Mayan city is famous for its pyramids. Built more than a thousand years ago, they were deserted before being rediscovered and named by the Aztecs. The Aztecs decided to put their new find to good use. They performed thousands of ritual sacrifices on top of the pyramids for all to see.

The Pyramid of the Sun and The Pyramid of the Moon are important archeological sites that are open to the public year-round. The ground surrounding them is mostly stone and there is no tree cover for shade. If you visit during the hottest times of the year, you might bake in the heat. Avoid May and June, when the sun is at its most unforgiving.

No matter what the time of the year, it is best to arrive in the morning. The pyramids are extremely popular and by the afternoon, the parks are crowded with throngs of visitors and long lines.

The Spring Equinox is an important time at the pyramids. Many thousands of visitors clad all in white and indigenous people in traditional clothing come to the pyramids to soak up the special rays of the sun. If you are not a fan of large crowds and are interested in learning the history, avoid late March.

Use our guide to plan your next Mexico vacation – whether you’re heading for the flashing lights of the big city or the peaceful shade of the palm trees. If you choose a popular season, don’t forget to book your hotels well in advance to get the best deals. Remember that rain or shine, there is always something to do in Mexico.

We believe everyone should go on vacation. We’ll try to provide general information about different cities of Mexico and Caribbean with some valuable tips. Using Vacation for All, you can browse through fantastic tropical and exotic locations in the Southern Hemisphere.

Where Is The Safest Place To Vacation In Mexico

The Best Things to Do For Family Vacation in Mexico

BEST Things to Do in Cabo San Lucas,...

The 7 Best Beaches in Cancun, Mexico

The Best Things to Do For Family Vacation...

Where Is The Safest Place To Vacation In...

[…] choose which city. There is something to do in Mexico any time of the year. Please read our article The best time to vacation in Mexico for more […]